Inaugural meeting of the EFNMS

This action was taken at the closing of a symposium organized by UNIDO (United Nations Industrial Development Organisation). The persons participating in the inaugural meeting of EFNMS were :

The first meeting of the EFNMS took place in the Spring of 1971 in Amsterdam, the Netherlands. To that meeting Germany was invited and they, represented by DKIN, joined. 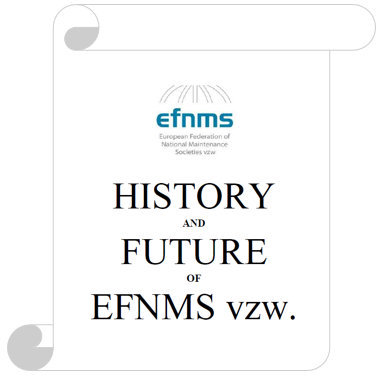 HISTORY AND FUTURE OF EFNMS vzw.

Members of EFNMS, listed in order of admission :