EFNMS receives the “EU-OSHA Loyalty Award” as an active official campaign partner at the ‘Good Practice Exchange Event’, in Brussels

EFNMS participated to the ‘Healthy Workplaces Campaign Partner Event’ held in Brussels (Belgium), on June 13th and 14th 2022. The main scope of this two-day event, organized by EU-OSHA, was the exchange of ‘good practices’ in Occupational Health and Safety (OSH) through the presentation of parallel workshops. The Workshops were organized and hosted by some of the official healthy workplaces campaign partners, the most active of which were also awarded accordingly, at the ‘Official Campaign Partners Ceremony’ on June 13th.

EFNMS was represented by Dr. George Scroubelos, the Chairman of the European Health, Safety and Environment Committee (EHSEC), who participated to the workshop entitled:
‘Removing the barriers for occupational safety and health (OSH) in education and training’.
The Workshop looked at different approaches to overcoming formal and informal barriers, to make OSH an integral part of education and training, thereby laying the foundation for an OSH culture. The approaches were illustrated with examples on the theme of the current EU-OSHA campaign on MSD prevention.
Upon completion of the first Parallel Workshops’ Day, a respective Ceremony followed, where the EU Commissioner Nicolas Schmit handed over the “Campaign Partner Loyalty Awards” to the most active participating Official Campaign Partners. EFNMS was awarded for the third time in a row, for actively supporting the Healthy Workplaces’ Campaigns, thus remaining a loyal partner. 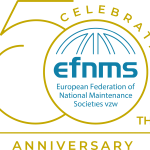 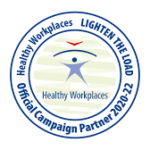